Diffusing Conflict During Crisis (Part 4): The Fine Art of Talking 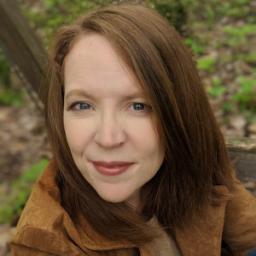 Confession. If I have a choice between listening and talking, most of the time I will choose talking.

My unconscious thought process is usually something like this: "Do I really need to hear you out when I have so many important things to say?"

If this is true for me, then it might be true for you, too. And that's why we talked about listening first in this series on diffusing conflict during crisis. Listening is the crucial first step in which we open our ears while our mouths stay closed.

But now we get to talk about what comes next. When we finally open our mouths, what exactly should we say? 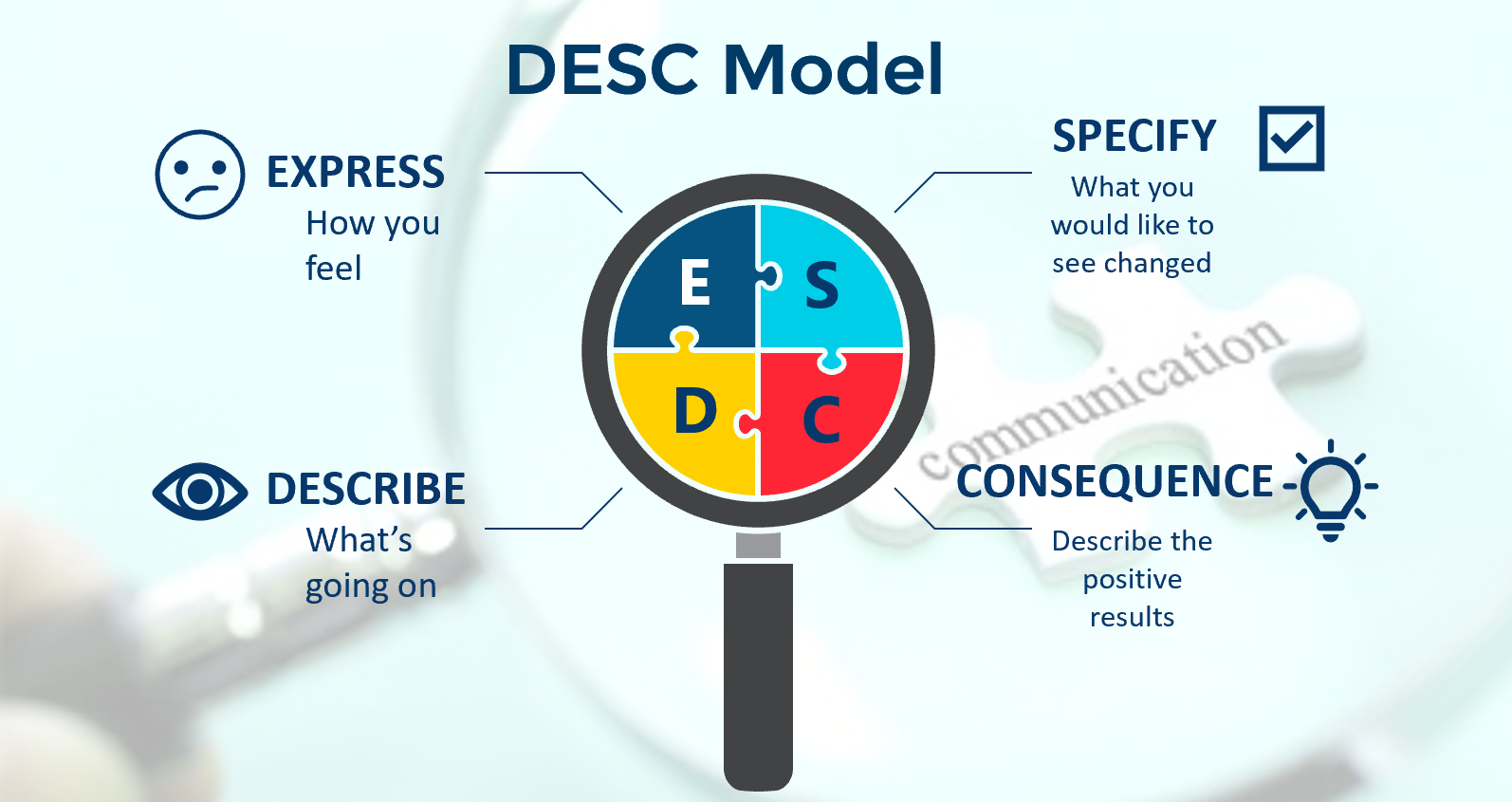 How to Talk During a Conflict: DESCribe your own side of things.

Sharon Anthony Bower, President of Confidence Training, along with Gordon H. Bower from Stanford University, developed the DESC model of communication in a potential conflict situation.

D stands for Describing what you observe going on.

It’s important to just stick to the facts, with no judgment and recrimination.

Example: “Phil, we were assigned to work on this project as a team. However, I ended up creating the presentation to the executive team by myself. That took several hours to put together.”

E stands for Expressing how you feel.

Start each sentence with “I felt” or “I feel…” instead of “You did” or “You are…” “You” statements may put the listener on the defensive, breaking down their ability to hear you.

Example: “I felt exhausted by the extra workload. I also felt frustrated.”

S stands for Specifying what you would like to see changed.

It describes to the other person what kind of actions would create a positive outcome.

Example: “I would really appreciate it if we could work together on the next presentation. How would you feel about setting a project schedule to divide the workload evenly?”

If the change I desire would take place, it would have this positive consequence for me and our relationship.

Example: “This way, it will get done faster and be better quality because of our joint input.”

If you care about someone and you inadvertently hurt or inconvenience them, do they have to beat you up about it for you to change? Of course not.

And that's how others usually feel when they've hurt us. They don't need to be attacked. They generally just need a skillful invitation to understand us better.

And that's what the DESC model of communication does.

In times of crisis, DESC communication helps us:

DESC allows us to be assertive without being aggressive.

Sometimes in conflict situations, we find it hard to strike the right balance between listening to the other side and asserting our own needs and desires.

We often struggle to find the right tone on the communication spectrum, from passivity on one end, to fierce aggression on the other.

Being Too Passive Causes Stress

A passive person is unwilling or unable to express their own thoughts and feelings in a conflict situation. Their primary goal is to avoid "rocking the boat."

Problem is, passive behavior violates their own rights. You or I may hide our feelings from others, but those feelings will just continue to simmer underneath the surface. And eventually they will burst out in a completely unexpected, and needless to say problematic, way.

Being Too Aggressive Causes Stress

An aggressive person, on the other hand, lets all their anger and animosity burst out right away. Their hostile words and tone are specifcally meant to wound and demean others: "You don't know what you're talking about."  "That was a stupid thing to do."  "Can't you get it straight? I told you to do ..."

And they don't just use words, either -- they often convey their aggression through non-verbal signals like scowls, heavy sighs, and eye-rolling.

Their single-minded goal is to win, to get their own way.

The most obvious problem with aggression is that it violates others' rights. Even at normal times, aggressive communication puts incredible strain on relationships. During times of crisis, it can be devastating.

The passive-aggressive person may look meek and mild, but they act aggressively in indirect and subtle ways. A passive/aggressive person hasn’t learned how to respectfully and honestly confront a situation or say “no.” So their aggression comes out through forgetfulness, backhanded compliments, etc., while still claiming good intentions.

What's the goal here? Same as outright aggression: to win and control the outcome. The unspoken message is, "You're a jerk if you don't do it my way."

I would argue that passive/aggressive communication is the worst of all in one sense: it diminishes the dignity of both parties involved. It violates one's own rights while not protecting those of others. This keeps the relationship constantly off balance and strained.

Being Assertive Protects the Relationship and Minimizes Stress

When you are assertive using the DESC model, you communicate your needs clearly, directly, and respectfully, without judging others.

The goal is honesty in communication for the purpose of mutual understanding.

Assertiveness gets your message across without violating the rights of others or your own. It offers relationships mutual respect, honesty, and continuing growth opportunities.

Let's look at an example. Let's say I'm late to an appointment and have already twice tried to get off the phone with my colleague, Bob. Now I'm going to try again.

I say, "Bob, I have an appointment I really need to get to." But Bob keeps talking as though he never heard me. Now, I have four possible kinds of responses. I can respond passively, aggressively, passive/aggressively, or assertively.

A passive response would likely be that I just continue to let him talk because I don’t want to rock the boat. I’m not willing to confront Bob’s unwillingness to respect the boundaries I’ve set for this phone conversation. As a result, I will get more frustrated with every minute as my stomach churns and burns. I’m avoiding any possible conflict with Bob and acting to please him at my own expense, violating my own rights, and causing myself considerable distress.

Here's a typical aggressive response:  "You haven't heard a word I've said, Bob. Can't you understand that you've made me late to my next appointment? Good bye!" Slamming down the receiver, I storm out. I’m going to get my way and control the situation, and in a manner that does not consider Bob's feelings or treat him with respect.

A passive/aggressive response might be: “Bob, I may not have a job left if I don’t get to my appointment in the next few minutes, and I don’t know how my family will be able to eat if that happens. But I know that what you have to say is very important, so let’s keep talking just as long as you want to, and I hope that I can find another job somewhere when we get done.” Not being willing to respectfully confront the situation and set some firm boundaries, I play the martyr—you’re important, I’m not, poor me. It’s an attempt to communicate my hostility toward Bob in an indirect, passive, self-depreciating manner. And even if the passive/aggressive behavior works and I get my own way, I strain the relationship in the long run.

Now let's consider one possible assertive response based on the DESC communication model:  "Bob, I've discussed this with you as long as I have because I care about you." I begin by affirming Bob and preserving his dignity as best I can.

“But continuing to talk to you now is making me late to another important appointment.” Notice now that I’m working with the DESC model of communication, and I’ve just given a Description of what I see happening.

“I’m feeling frustrated about this.” I’m Expressing my feelings to Bob.

“If we could end our conversation for now," (Specifying the change I desire)

"I would be able to talk about this further at a later time.” (The positive Consequence should the desired change occur).

What kind of conflicts are you facing right now?

Can you think of ways to apply the DESC model?